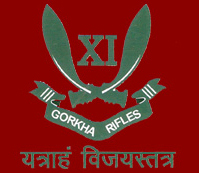 Captain Ravee is a member of 11 Gorkha Rifles (GR) where he was commissioned in 1990 in the Seventh Battalion of the 11th Gorkha Rifles Regiment. He served at three locations ---Sikkim in the North East, Gurdaspur in Punjab and was a Company Commander and Training Captain in the Regimental Centre at Lucknow. He is proud that under his command, 11 GR won the first ever Trophy for the Best Marching Contingent in the Republic Day Parade of 1995. He plays an active role in 11 GR's welfare association.
11 GR is one of the unique regiment of Indian Army and also the smallest regiment. 11 GR has only 6 Bns, one TA Bn and one Sikkim Scouts. This is the only Gorkha Regiment which has an independent Regimental Centre at Lucknow. Rest all other 6 regiments have combined centres viz-a-viz 14 GTC Sabatu, 39 GTC Varanasi and 58 GTC Shillong.
11 GR comprises of Rai’s and Limbu’s who hail from Eastern Nepal and are the most ferocious ones with their history going back to being the oldest mercenaries in the world.
Captain Ravee’s initial grooming and training happened in 11 GR due to which he is running a successful business. He did not invent a new wheel, he just applied the knowledge and skills he learnt in this Regiment and applied the same in his business.
Captain Ravee feels proud to be a part of this wonderful Regiment.

Capt. Ravee has served for one of the most prestigious Regiments of Indian Army, 11 Gorkha Regiment from 1990-1995. During this tenure in the army, he was chosen to command the 11 Gorkhas contingent in Republic Day Parade for 1995 at short notice wherein he gave the first trophy to his regiment for the best marching contingent. 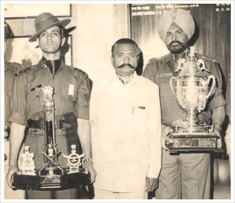 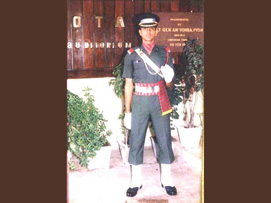 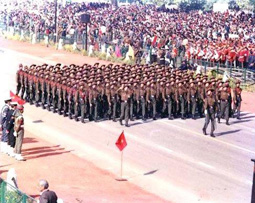