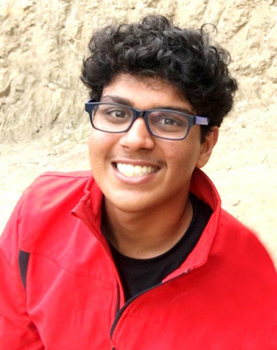 Yash brought us our own home when he was born as we moved in our own home immediately after his birth. A lucky kid indeed, he came home in a luxurious car.
Yash was a whining kid unlike Abbhinav and made his presence felt. Till about 8th standard he was quite average in his studies but after that he suddenly picked up and started working very hard. Highly sincere kid in his studies.
Yash is an image conscious kid and is accountable for all his actions. He is a good orator. His first speech in front of his school was a big hit. Even I was quite impressed with his oratory skills.
Yash never had any doubts about his career as he was a born entrepreneur. He would painfully tell us whether to watch a movie or not as he would always keep a track of how much money was spent on the making of the movie and how much profit it earned and simultaneously he would tell us the reviews and rating of the movie. He used to watch programmes like “Shark Tank” which is a famous US TV Pgme, allowing starters to present their business model and get investments. He also used to watch Master Chef for years and used to make dishes like Pasta.
Yash was indoctrinated into football by Gerry Uncle and is a staunch supporter of Liverpool Football Club. He would keep the gold medallion of LFC and wear the Red T-shirt and then watch the match. He was impressed by famous player Gerard and holds him in high esteem.
Yash has good sense of humor and keeps himself in high spirits. He has wide understanding of majority of topics other than general studies and can make a good conversation. He is quite independent and does things on his own.
Yash was consistent in one thing (on the lighter side) in addition to various other things that he never went by school bus throughout his school period and was dropped by Ramesh, our man Friday. Not only that, he used to reach school 5 min late even by a car. He would tell us to wake him up even by putting water on him in the morning but in the morning all his commitments would end with his sleep and 2-3 alarms on various gadgets would have no affect on his deaf ears.
It reached a time when he started reaching school almost 30 min late but he has good rapport with the guards who used to let him in and was a blue eyed boy of his class teacher who also never used to point out. Yash was in tremendous tension when school wrote a generic letter to all parents about children reaching late to the school and that now the school would be closing the gate. It was fun watching Yash doing all this.
This was only one act of his to counter all his other virtuous acts. A flawless kid indeed.
Yash is too proud of his curly hair and does not take a hair-cut unless pressurized by his teachers.
It’s a treat to be in his company. He is a fun loving kid. Very proud to have him around. Yash is a soft matured Soul.
Family time:
I took my family for first International outing to China – Shanghai and Beijing in 2006. That was the most enjoyable outing we had.
Our home is a cosy place wherein we all enjoy and we have our own space. I had always wanted to bring all members of family under one roof. We have one home wherein my wife’s parents and my parents also stay at one place having complete freedom to themselves with separate entry and even separate kitchens.
We have our extended family in Reshma who is our Food and house-keeping incharge and Ramesh being our man Friday.
Our 3 guards, Ram Bahadur, Raj Bahadur and Promod – All with us for donkeys years coming daily to do their duties to their best. Each of one have peculiar characteristics but they are surely an important part of our family.
Our Home – A temple which attracts all of us and we enjoy our sacred places in this home. Very fortunate to have all this.
God is kind 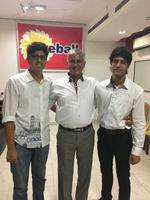 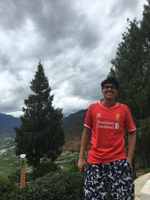 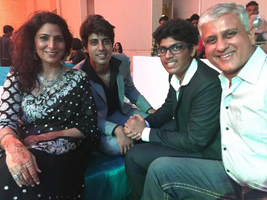 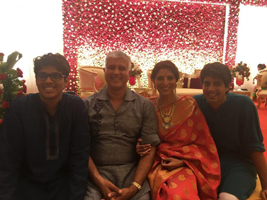 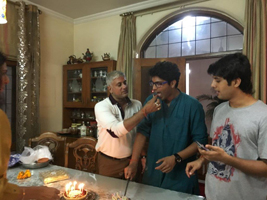 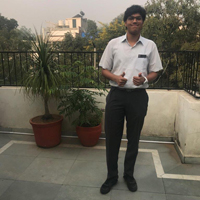 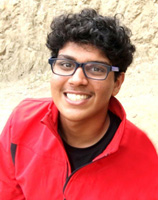